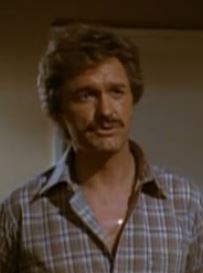 John Smith was a Russian spy using an obvious fake name operating on American soil. He was first seen communicating with a Russian sub via a radio. The spy using the alias Eric Simpson entered the house he was using and asked for more time to investgate a possible security beach but the men on the sub said no. Simpson hired thugs to kidnap Rose Blake; a file clerk who stumbled on to his spying as well as Rhonda's mother. Ralph and Bill tracked Rose to the house where Smith was operating. Ralph subdued him but he was able to warn Simpson away. Soon after Simpson and the rest of the spy ring were arrested. (Reseda Rose)

Abilities: John Smith was trained in espionage, including the use of a pistol. He knew how to use the radio to communicate with the sub.

Retrieved from "https://thegreatestamericanhero.fandom.com/wiki/John_Smith?oldid=223"
Community content is available under CC-BY-SA unless otherwise noted.