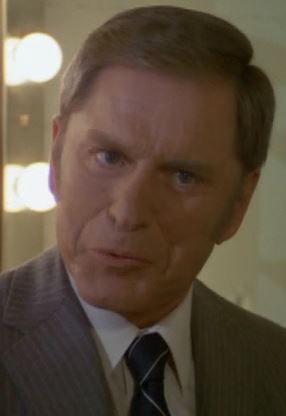 Nelson Corey was a million who heavily finance Adam Taft’s campaign. He wanted him to become President but he ended up Vice President. He either formed or became the leader of Gabrielle’s Army; a group of political terrorists with a very religious ideology. He staged several riots to draw the President to the LA area. He then had Taft called the President to get him fly by his mansion to pick Taft up. Once there the plan was to abduct him then have Shackleford; the leader of the local national gaurd who was in league with them pilot the chopper out to sea, sabotage the controls, and then bail out. Once the President was dead Taft would assume the office with Nelson in control. Ralph, Bill, and Pam stopped him and he was then arrested.

Abilities: Nelson had considerable leadership abilities having lead a massive conspiracy that involved the Vice President, Gabrielle’s Army, and parts of the national guard. He also had enormous financial means and other resources.

Retrieved from "https://thegreatestamericanhero.fandom.com/wiki/Nelson_Corey?oldid=206"
Community content is available under CC-BY-SA unless otherwise noted.